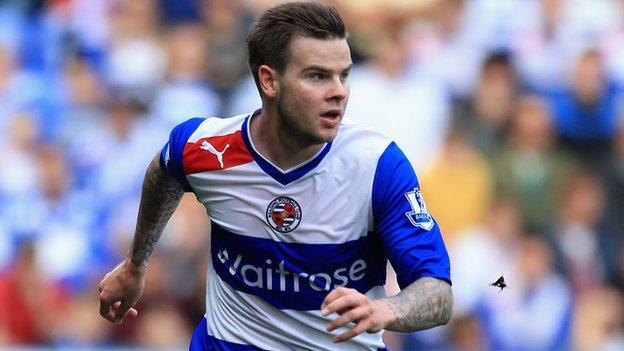 Reading boss Brian McDermott has revealed midfielder Danny Guthrie refused to travel with the team for their defeat at Sunderland.

The Royals lost 3-0, leaving them second bottom of the Premier League.

"You'll have to ask him why that is. It's not helpful as we need our players going in the right direction. Danny was definitely going to be involved."

On Wednesday, Reading said "the matter has been dealt with internally". The maximum penalty available would be a fine of two weeks' wages.

Guthrie, 25, has played just six times for Reading since his free transfer from Newcastle in the summer and his future at the club is now in doubt.

"This is not a conversation for now." McDermott said. "I will have to see where we are in the week and wait and see what happens with that.

We need everyone going in the same direction

"He texted me to apologise last night [Monday] and it is an unfortunate situation to say the least.

Guthrie has not played for Reading since 20 October. He was forced to apologise to the Royals boss in October following comments made on Twitter after he was not selected against his former club, Newcastle.

The pair were also reported to have had a bust-up later that month, although that was later denied by McDermott.

Reading's defeat on Tuesday left them six points from safety in the Premier League.