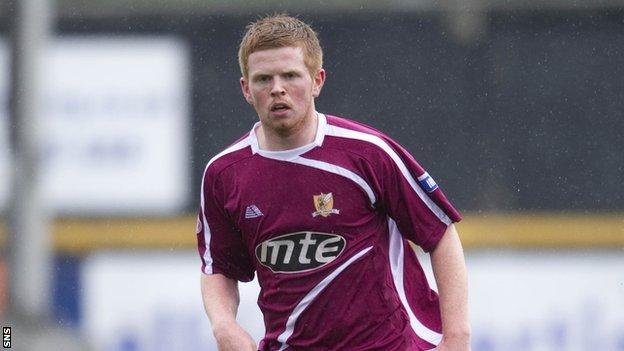 Ryan McCord's penalty proved enough for Alloa to claim a narrow win over Queen of the South and close the gap at the top of the Irn-Bru Second Division Table to six points.

Queens went into the match chasing the tantalising prospect of a 12-point advantage over their hosts at the summit in what is looking increasingly like a two-horse race for automatic promotion.

Alloa enjoyed the clearest opening of a cagey first-half when Kevin Crawley found space in the area to rattle the post.

The visitors asserted themselves through Nicholas Clark early in the second period and Wasps goalkeeper produced a finger-tip save to keep out the forward's header.

But the decisive moment came shortly before the hour Ryan McGuffie fouled Martin Grehan and McCord made no mistake.

Queens almost hit back immediately but Gavin Reilly rifled against the bar from 12 yards.