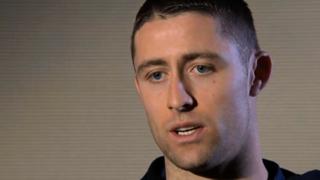 Cahill says Benitez has made sure that each player knows exactly what is expected of them, and that Torres is benefiting from working with the manager who brought him to English football at Liverpool.

Speaking in the build-up to his team's debut in the Club World Cup in Japan, Cahill says the Chelsea squad have been surprised by the level of support they have received since arriving in Yokohama, where they play their first match of the tournament against Mexican club Monterrey on Thursday.