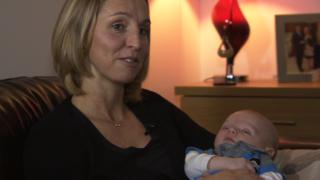 As part of BBC Breakfast's series on women in sport, former England captain Faye White talks to Sally Nugent about the state of women's football and retiring from the game to have a baby.

White won 90 caps for her country and says the decision to quit was hard, as was missing out on the 2012 Olympics.

But she believes that the success of women's football during the London Games has raised the profile of the sport and encouraged more girls to take up football at school.