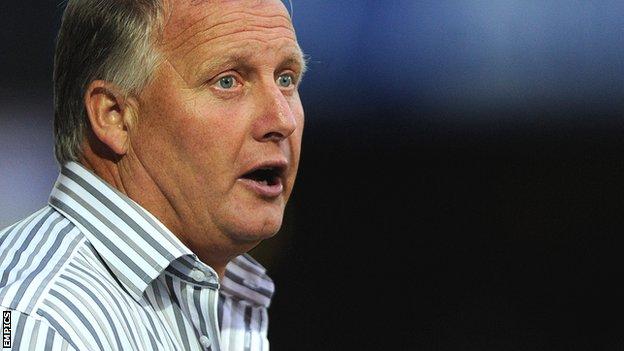 Bury manager Kevin Blackwell described conditions at Roots Hall as "treacherous" after the Shakers were knocked out of the FA Cup by Southend.

The League Two side after the second-round replay had finished 1-1.

Blackwell said of the freezing pitch: "The referee started the game and asked us at half time about it.

He'll get man of the match and quite rightly

"But we've travelled all this way, we've played the first half, so we decided to try and give it a go."

He continued: "The players were terrific to keep going, and to finish it was unbelievable."

Goalkeeper Daniel Bentley was Southend's hero, saving spot-kicks from David Worrall and Mark Hughes to secure a place in round three.

Blackwell added: "He'll get man of the match and quite rightly. He made crucial saves to keep them in the game, and then starred in the penalty shoot-out, so he'll be the one getting all the credit.

Meanwhile, the Shakers boss refused to comment further on Monday's news that the League One club have been after accepting a short-term loan from the Professional Footballers' Association.