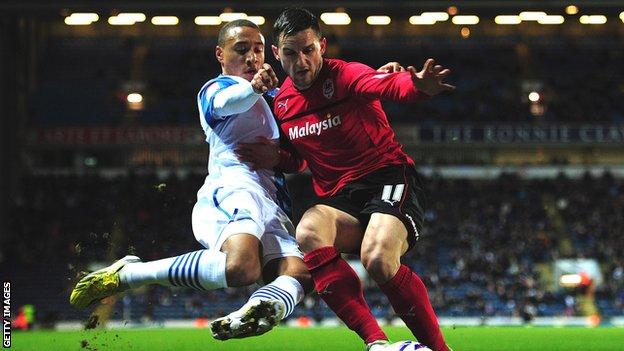 Teenager Adam Henley says he was "very close" to leaving Blackburn Rovers on loan before new manager Henning Berg restored him to the starting line-up.

The 18-year-old, who recently had not played for Rovers this season prior to

But he has started all eight games in the Championship since Berg's arrival.

"I'm very grateful and I've got to prove that he was right to put me in.

"I was very close to going out on loan. I'd played quite a few reserve games at the start of the season and I was thinking of making that move, but my agent told me just to sit tight.

"With the change of management, it was probably the best thing that could have happened to me.

"As soon as the manager came, that was the first time in months that I had trained with the first team. It's all about taking your chances in football and, as long as you do that, you'll always be successful."

The Wales Under-21 international committed his future to Blackburn, signing a new four-and-a-half year deal on Friday.

"It was always going to be a straight-forward decision for me, especially being back in the team," he added. "I'm enjoying playing here and I always have.

"If the opportunity came for me to extend my contract, I was going to grab it with both hands. I'm happy to be here long-term and hopefully we can be successful."

Henley is still eligible to play for England, Wales and the United States at senior level. He insists he is happy to stay as part of the Welsh setup, although he hopes a decision on his international future will be made "sooner rather than later".