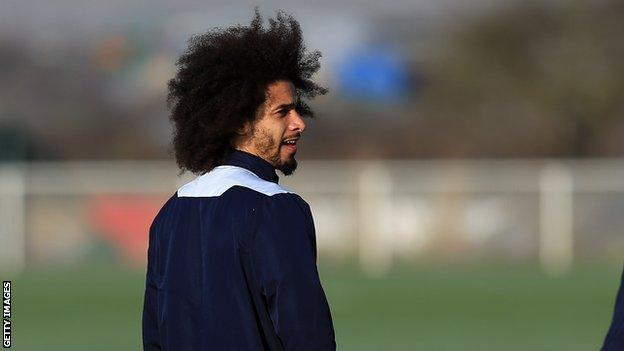 Tottenham and Cameroon international midfielder Benoit Assou-Ekotto has returned to training after three months out with a knee injury.

The 28-year-old left-back suffered the problem in September and has made only three appearances this season.

"Training with the team today! I hope I'll remember the name of everyone," he said on his Twitter page.

Assou-Ekotto could make his first-team comeback in Sunday's Premier League game at home to Swansea.

Spurs could also have Scott Parker available for the match as the England international has almost completed his recovery from a long-standing Achilles injury picked up in the summer.

The 32-year-old, who won the club's player of the year award last season, has played for the reserves and the under-21s in the last seven days.

Tottenham are currently fifth in the top flight, 13 points behind leaders Manchester United.