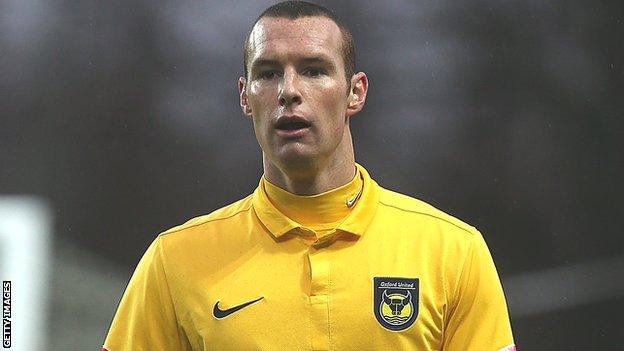 Accrington right-back Aristote Nsiala made goal-line clearances from James Constable and Tom Craddock in quick succession in the first half.

Constable's header put the hosts ahead and the striker turned provider to set up Peter Leven, who hit a beautiful left-foot volley from 20 yards.

It secured Oxford a third-round place for the first time in 10 years.

Accrington were only denied victory in the initial tie because of an Oxford equaliser in the fourth minute of injury-time. And they rarely looked like threatening to win the replay, having only two shots on target.

The U's were further boosted when veteran defender Michael Duberry came on as a substitute after six months out with a neck injury.