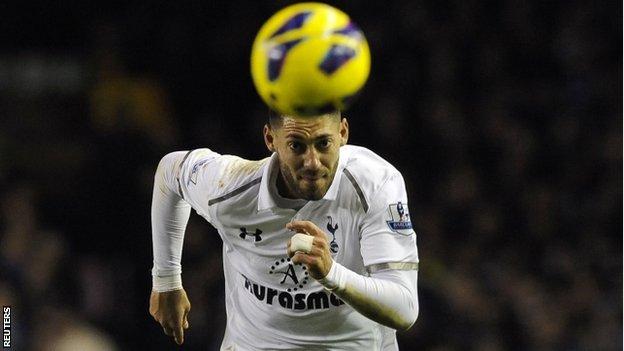 The Premier League is considering dropping its investigation into Liverpool's summer pursuit of former Fulham player Clint Dempsey after the Anfield club made a private apology.

Fulham made a formal complaint in July after a story appeared on the Liverpool owners' Fenway Sports Group website, claiming Dempsey had moved to Anfield.

They withdrew the complaint after receiving a written apology from Liverpool chairman Tom Werner.

The league will now consider the case.

But there remains a possibility that Liverpool could face punishment if the Premier League board decides they have breached regulations.

"Liverpool's Chairman Tom Werner apologised personally to Mohamed Al Fayed, stating that his club were wholly responsible for unprofessional behaviour toward Fulham and emphasised his regret for the entire episode," Fulham said in a statement.

"In a letter from Liverpool to Fulham's chief executive Alistair Mackintosh, Tom Werner's praise of the magnanimous gesture from the chairman was reiterated, as was the club's assurance that the conduct of Liverpool was simply not acceptable.

"The chairman decided that this sincere action was enough, and as a gesture of goodwill, instructed that all complaints against them be dropped."

Liverpool ultimately missed out on the player in August, with on deadline day.

Dempsey did not feature for Fulham before his move after telling manager Martin Jol he no longer wanted to play for the club.

The Premier League has been investigating the case since July, gathering evidence from both sides with a view to making a final decision in the weeks ahead. However, with Liverpool yet to gave their side of the story, the Anfield club moved to calm the tensions between the clubs by issuing a private apology.

The row began when the original story mistakenly appeared on the FSG website. Later that day, Rodgers went on to admit Liverpool had enquired about Dempsey and a story then appeared on the club's official website, reporting the comments made by the manager, further angering Fulham officials.

"Clint is a player we've enquired about, it is as simple as that," Rodgers said at the time.

"Ian Ayre, our managing director, has spoken with the club to see what the position is. That is where we're at. He's a very talented player but we don't like to talk about other clubs' players."

That original post was an published by mistake, with overnight staff in the United States putting a story that claimed the Reds had "added Clint Dempsey to a team that came within a game of winning the FA Cup" to the FSG website.