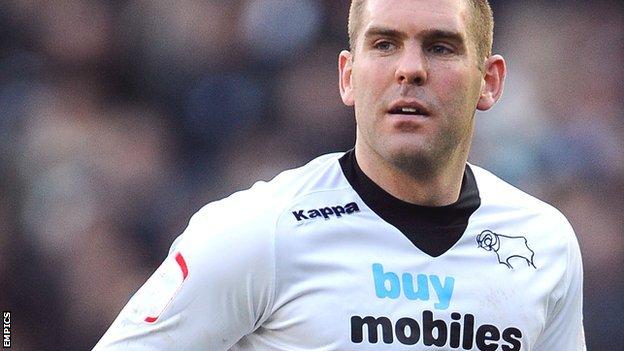 Derby County will be without defender Jake Buxton for the next two months because of a knee ligament injury.

Buxton was hurt in Saturday's 3-1 win over Leeds and scans have revealed he has suffered medial ligament damage.

Rams boss Nigel Clough told BBC Radio Derby: "It's probably the best-case scenario we could have hoped for. We feared it could have been longer.

"Somebody fell on him and his knee went at a very unnatural angle. He'll maybe start jogging in four to six weeks."

Either Mark O'Brien or James O'Connor are expected to replace Buxton in the centre of defence for the away game against Bristol City on Saturday.

Clough added: "Jake needs to build up the strength in his knee again and and by the end of February we should get him back on the training pitch."