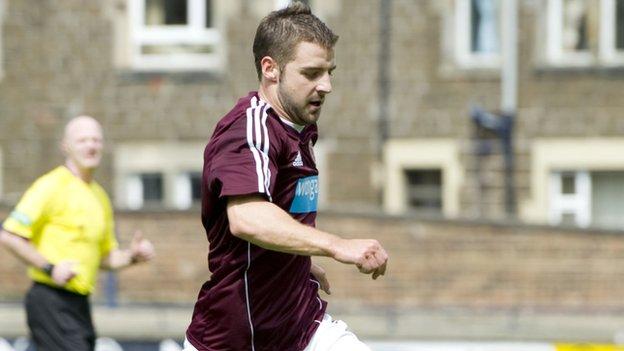 Hearts midfielder Scott Robinson faces a meeting over his future on Monday after refusing to take his place on the substitutes' bench at the weekend.

Robinson played regularly under former Hearts manager Paulo Sergio but has fallen out of favour this term.

Current boss John McGlynn stressed that the 20-year-old had not been formally suspended but said: "It's an internal matter which we're keeping internal.

"We've got a meeting early next week where we'll take discussions further."

Robinson was Hearts' youngest player of modern times when he made his debut a month after his 16th birthday in 2008 but has made only six starts and seven appearances as a replacement this season.

He had been named as a substitute for but was later replaced by academy player Adam King.

McGlynn explained the delay in discussing the problem with the player.

"His agent wanted to represent Scott and his agent is away," he said.

"It was at his request that we wait until next week."