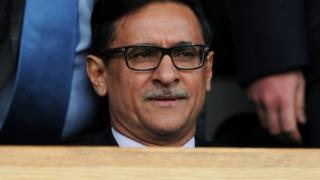 Venky's at Rovers 'for long haul'

Blackburn Rovers global advisor Shebby Singh insists owners Venky's are determined to remain with the club for a long period, despite questions over their commitment from some supporters.

He adds that Rovers will be able to sustain their current squad, if they fail to win promotion back to the Premier League at the first attempt.