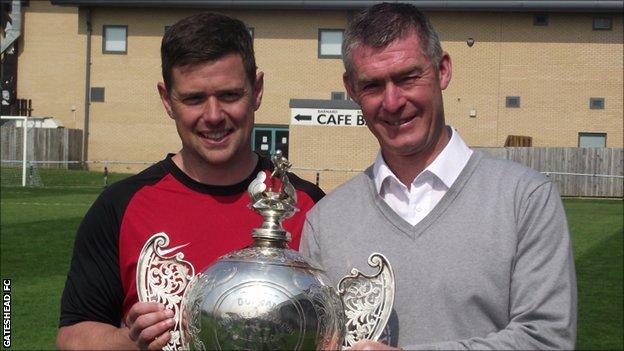 The 41-year-old has managed the club's reserve, under-19 and under-18 sides, as well as a spell in charge at Northern League side Chester-le-Street.

Smith played for Sunderland, where he made 25 appearances, as well as spells at Hartlepool and Northampton.

Smith's first game in charge will be Saturday's FA Trophy tie at Cambridge.