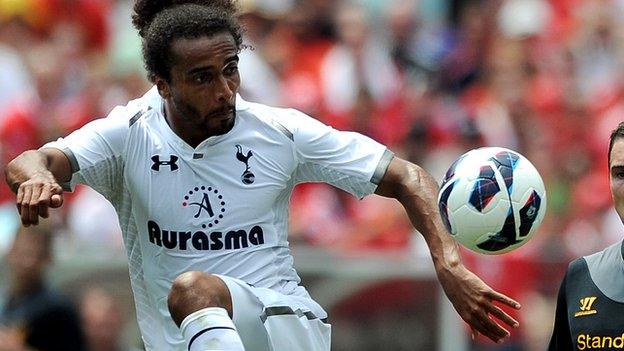 Cameroon coach Jean-Paul Akono is heading to London to try to lure Tottenham Hotspur's Benoit Assou-Ekotto back to the Indomitable Lions.

The left back has not played for the national team since 2010, when he quit international football after a disappointing World Cup campaign.

Defender Sebastian Bassong, who has been in fine recent form for Norwich, is another name on Akono's wishlist.

There are also attempts to finally bring David Ngog on board.

The Cameroon Football Federation approached the former France youth international about a transfer of allegiances in 2009, but the Bolton Wanderers striker has yet to pledge his future to them.

This is despite the attempts of former Sports Minister Michel Zoah and ex-coach Denis Lavagne to persuade the onetime Liverpool striker to commit to Cameroon.

Assou-Ekotto, who returned to training with Spurs after a three-month injury absence on Wednesday, has distanced himself from the Indomitable Lions camp in recent times.

He failed to honour a call-up for the LG Cup in Marrakech in 2011, so earning a small fine which Fecafoot later withdrew.

The France-born defender, 28, first represented Cameroon in a friendly against Guinea in 2009 but missed the 2010 Africa Cup of Nations in Angola through injury.

He returned to contest all three games at the 2010 World Cup, where Cameroon registered their worst performance from six outings at the tournament.

Akono is trying to woo back both Assou-Ekotto and Bassong, who also last played at South Africa 2010, in line with his philosophy of bringing back all the players and making every post competitive.

Playing for French side Troyes, on loan from Paris Saint-Germain, Jean Christophe Bahebeck is also on the list of players Akono intends to bring to the national team.

Once a powerhouse of the African game, Cameroonian football has suffered in recent times - with the four-time African champions having failed to qualify for the last two editions of the Nations Cup.