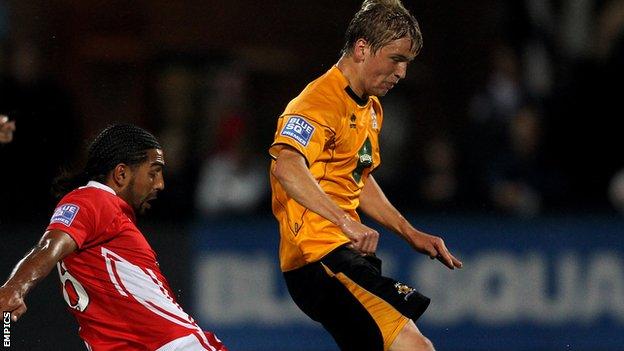 Cambridge United midfielder Luke Berry will be out of action for up to 10 weeks after a knee operation.

The 20-year-old has not played since the 1-1 Blue Square Bet Premier draw with Tamworth in mid-November.

Manager Richard Money told BBC Radio Cambridgeshire: "It turned out to be a little bit more awkward than we'd hoped, not in terms of the operation, but in terms of what they found.

"It is a cartilage but had become slightly detached at one end."

Berry came through the youth system at the Abbey Stadium and has made more than 70 league appearances for the club, scoring 10 goals.

Before suffering the injury last month the midfielder had been an ever present for the U's this season, who currently lie 18th in the league table.