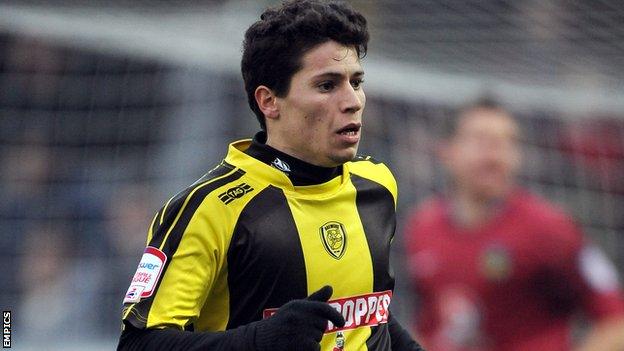 The Argentine who is excited about his first derby with the Grecians.

"I remember at the start of the season the fans saying when we play Exeter we have to beat them," said Gurrieri.

"It's going to be my Christmas gift to the fans. It'll be a good way to close 2012, we'll give it everything."

"It's very good when you win, we were all celebrating in the changing room," Gurrieri told BBC South West Sport.

"I've seen a lot of fans in the street talking about the Exeter game, saying we've got to win. It's pressure but I like that.

"I like that pressure from the fans; this derby is the most important in Devon and I'm really excited and looking forward to it."