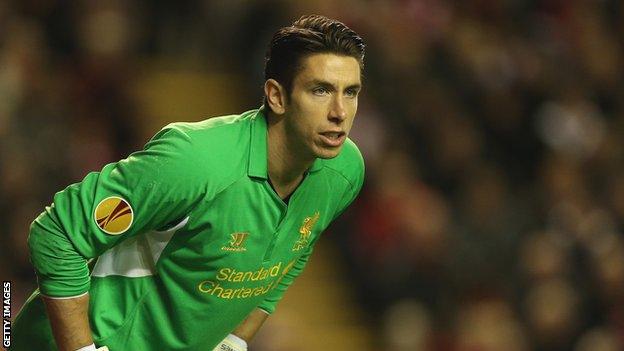 He has been understudy to Pepe Reina during his time at Anfield, and deputised for the injured Spaniard for a month-long spell earlier this season.

Jones tweeted: "Very happy to be staying at such a great club. Only one place to be."

over Merseyside rivals Everton at Wembley in April.

Speaking earlier this month, manager Brendan Rodgers said he was and would not be looking to strengthen in that area during the January transfer window.

"I have two very good goalkeepers - Pepe Reina and Brad Jones, who is a very loyal and capable number two," said Rodgers. "Any areas we look to improve will be elsewhere."