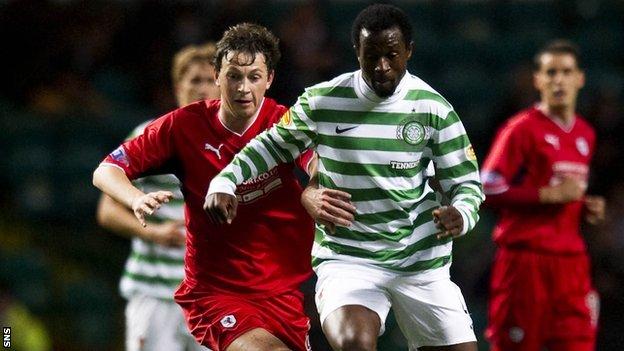 BBC Scotland will broadcast live television coverage of the Scottish Cup fifth-round tie between Raith Rovers and Celtic on 3 February.

The match at Stark's Park will kick off at 1245 GMT, with coverage on BBC ONE Scotland starting at 1230 GMT.

BBC Radio Scotland will also cover the match and all television and radio coverage will be streamed on the BBC Sport website.

The two sides met earlier this season in the Scottish Communities League Cup.

, with Gary Hooper netting all of the hosts' goals.

while Celtic were held 1-1 by Arbroath before .