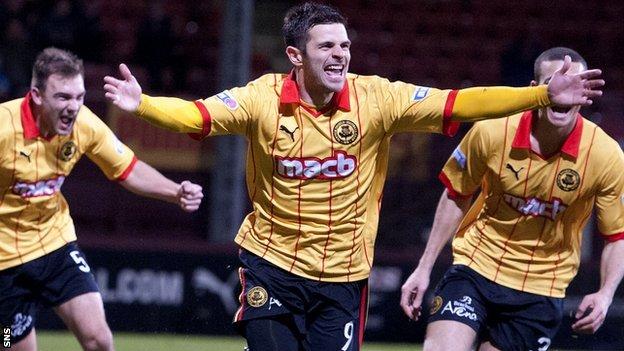 Steven Craig's late goal secured victory for Partick Thistle and sent them two points clear at the top of the First Division.

Strikes by Stuart Bannigan and Steven Lawless turned the match in the hosts' favour before half-time.

Brian Graham's tap-in levelled the match on 81 minutes but Craig swept a shot into the net three minutes from the end to give Jackie McNamara's side all three points.