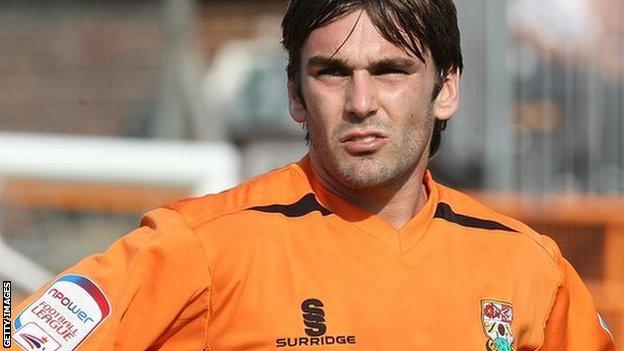 Barnet moved off the bottom of League Two as they beat Burton Albion to claim their first victory in seven matches.

But Ricky Holmes pounced on Damien McCrory's backpass to make it 1-1 before Holmes converted a penalty after a handball from Cleveland Taylor.

Holmes completed his hat-trick in the second half with a low shot and Barnet held on despite Maghoma's late penalty.

The third spot-kick of the game was awarded after Maghoma had been fouled in the area by Andy Iro in injury-time but the Bees stayed in front for only their fourth league win of the season.

The victory was enough to take the Bees out of the relegation places and up to 22nd, while Burton missed the chance to move into the League Two play-offs.

"Regardless of what is said by both benches, I think usually it's a very English tradition, isn't it, that you shake hands after the game and that's it.

"But he chose not to shake my hand and I haven't got too much of a problem with that.

"I did feel that he heavily influenced the game though, and not for the right reasons all the time.

"But fair play to them. They beat us fair and square and scored some good goals."