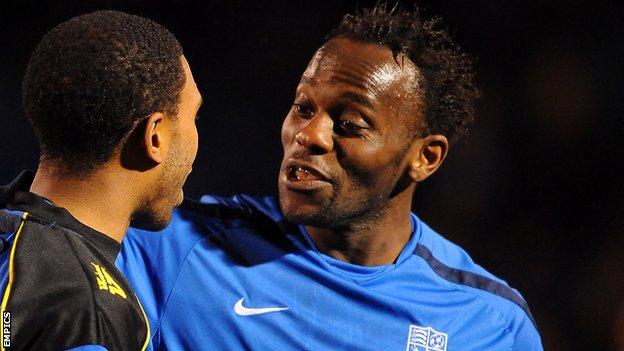 A Gavin Tomlin double helped Southend see off Chesterfield and move up to fourth in the League Two table.

Ryan Cresswell put the home side ahead six minutes into the second half with a sweetly-struck volley after Marc Laird's shot was blocked.

And Tomlin doubled the lead after picking out Kevan Hurst, continuing his run and heading his team-mate's return ball past Tommy Lee.

The striker nodded in his second when he beat Lee to Chris Barker's pass.

It was a fine team move that produced the Shrimpers' third goal, which was Tomlin's 11th strike in 10 games.

"It's a long way from where we want to be.

"We got beaten by a better team, they were a lot more powerful and more hungry than us.

"Southend had strength all over the pitch and you could see how much they wanted to win."