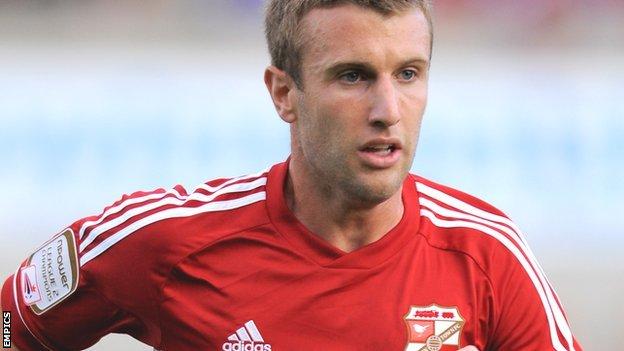 Swindon moved into the League One play-offs as they thrashed leaders Tranmere.

The hosts scored twice in the first seven minutes, Danny Hollands firing in from 18 yards out before Raffaele De Vita's deflected effort made it 2-0.

Andy Williams finished from Nathan Thompson's cross and Matt Ritchie grabbed a fourth after his initial shot had been blocked by Owain Fon Williams.

Williams curled a precise fifth in the second half but missed a chance for a hat-trick as his penalty was saved.

The spot kick had been awarded after Chris Martin had been fouled by Tranmere substitute Donervorn Daniels but Fon Williams denied Williams.

However, Swindon manager Paolo Di Canio was furious with the miss as he wanted regular penalty taker Tommy Miller to take the effort.

Tranmere, who have now not won in six league matches, created little as they suffered only their second away league defeat of the season.