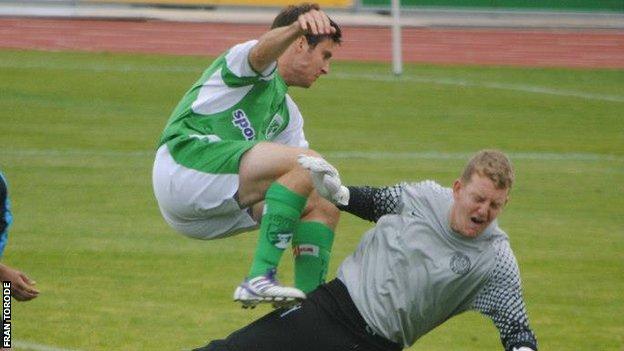 Guernsey FC boss Tony Vance says his Combined Counties League game with Sandhurst Town is one they should win.

Guernsey are unbeaten at Footes Lane this season, while the visitors are one place off the bottom of the table.

We'll be utilising the squad to the best of our ability

"Being brutally honest we should win but if we don't have the right attitude we'll struggle," said Vance.

"We haven't fared so well against teams where we're favourites, so I'll be looking for an improvement there because we can't underestimate anyone."

The Green Lions return to league action following which put them into the last 32 of the FA Vase.

for the Sarnians and Vance is aware they cannot afford any slip-ups ahead of a busy new year.

"January is going to be a massive month, we're basically away every game," Vance told BBC Guernsey.

"It's is a huge challenge and it's one that could shape our destiny for the season, it's a very important month.

"We'll be utilising the squad to the best of our ability. They all want to play every time but I've got to balance that with an eye on the month ahead."