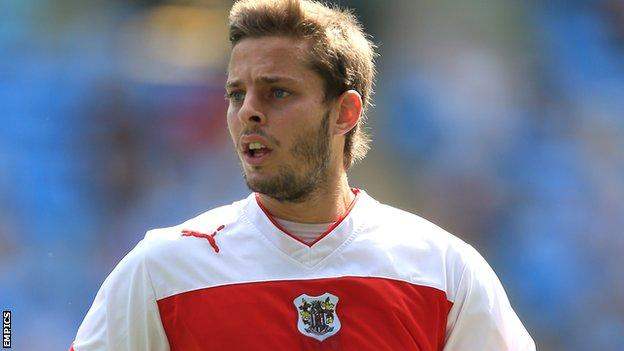 Stevenage striker Robin Shroot has signed a two-year contract extension, tying him to the club until 2015.

The 24-year-old, who has scored six goals this season, joined Boro in 2011 after his release by Birmingham City.

"He's a popular lad in the dressing room and this is like a new signing for us," said chairman Phil Wallace.

"His new-found ability to be in the right place at the right time and turn half chances into goals has been evident this season."

Details of the new contract took time to iron out, but Wallace told the club website that "common ground" had been found.

He added: "We're delighted that Robin has committed his immediate future to us.

"That was always our desire and I think it was Robin's too, but we had to agree terms that worked for both parties as our policies could not be compromised."

A former Northern Ireland Under-21 international, Shroot began his career in non-league football with AFC Wimbledon, Staines and Harrow Borough before Birmingham gave him his first chance in the professional game four years ago.