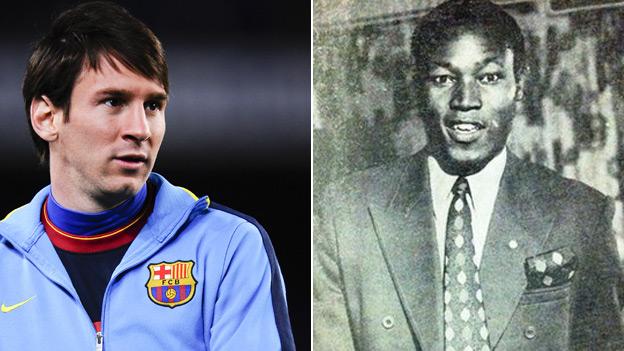 Fifa has refused to get involved in the debate about who holds the world record for scoring the most goals in a year.

It was widely reported that Lionel Messi's 86th goal of 2012, which he scored on Sunday, surpassed a mark set by Germany's Gerd Mueller 40 years ago.

But the Zambian Football Association claimed Godfrey Chitalu had scored 107 goals for club and country in 1972.

Fifa does not keep domestic records, so "it's not an official Fifa record", spokesman Alex Stone told BBC Sport.

The world governing body said that, given it only maintains statistics for the international competitions it runs, it is not possibly to ratify records from club football around the world.

"We don't have a database which details every football game played in every country from around the world since day one of their formation," Stone said.

"It's certainly nothing to do with bias - if we can confirm records from our tournaments we like doing that.

"It's the sort of data fans and the media like to see."

Stone confirmed that Fifa has not recognised Messi as holding the record.

"It's a record where someone in the media obviously collected statistics from somewhere and noticed Messi was about to pass that record."