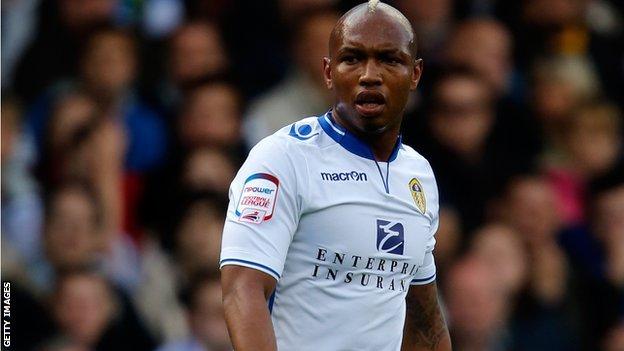 The 31-year-old Senegal frontman joined the Elland Road club on non-contract terms in August and signed a short-term deal in September.

He has scored five goals in 24 appearances for Neil Warnock's side so far this campaign.

"Obviously it's a massive boost for everyone knowing that we are going to have him around, he's a match-winning player."

The signing of Diouf was seen as something of a surprise given that Warnock had compared the former Liverpool, Bolton and Blackburn man to a "sewer rat" after a game between Queens Park Rangers and Blackburn in 2011.