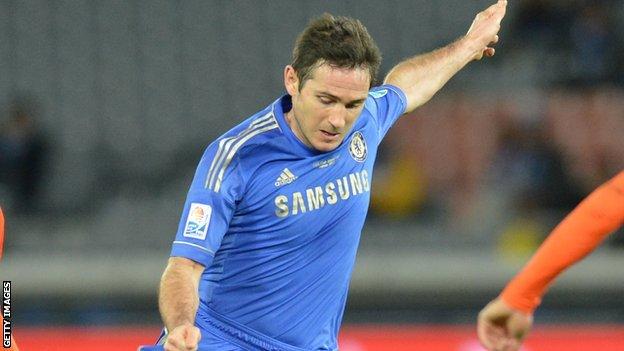 Former Chelsea assistant manager Ray Wilkins says Frank Lampard has the ability to help the club challenge for silverware for another three years.

Lampard is in the final year of his contract and appears resigned to leaving next summer after 12 years.

But Wilkins says Lampard can still be an asset to Chelsea if he accepts his days of starting regularly are over.

"He's a valuable character to have around and bring off the bench," Wilkins told BBC Radio 5 live.

But Wilkins, who was assistant to Carlo Ancelotti, is convinced the player's impressive goalscoring record from midfield makes him a valuable member of the squad.

Lampard believes he has "two or three years" left at the top level, but has hinted during Chelsea's Club World Cup campaign in Japan that his future could lie elsewhere.

Wilkins added: "This is a 20-goals-a-season player from midfield for the last eight seasons or so, and that's a fantastic return.

"I think Frank will finally accept he is not going to play every game for Chelsea.

"But there is no fitter footballer for his age, probably in world football, than Frank Lampard.

"I would agree with Frank's assessment that he has two or three years left at the very top level.

"Whether that's playing week in week out, one wouldn't think so. But most certainly he's a great asset to have around the club.

"It would be rather strange for him to finish his career at another club.

"In my humble opinion if I was manager of Chelsea I would want Frank to sign another contract because I know what he brings to the team and the club."