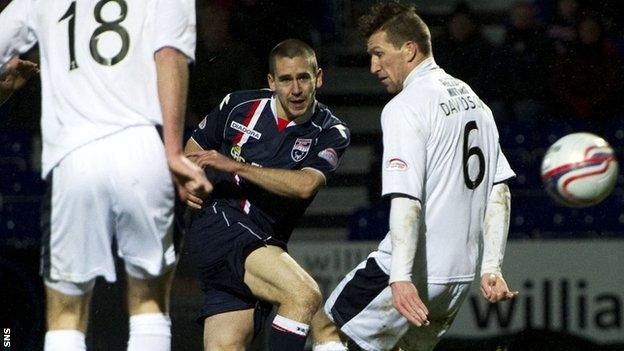 Ross County manager Derek Adams described his side's draw with Dundee as the Staggies' "worst performance" in the league so far this season.

Iain Davidson's impressive first-half strike was cancelled out by Gary Glen's goal for County after the break.

"We didn't work [goalkeeper] Rab Douglas enough. I still think we had the better opportunities to win."

Adams felt Davidson's goal had come "out of the blue" and was disappointed County were unable to snatch a winner late on.

"If there was going to be a winner on pressure, then it was always going to be us but Dundee were always capable on the counter-attack," he added.