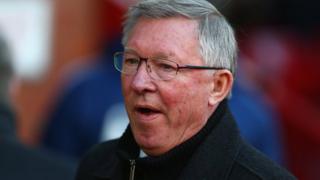 Sir Alex Ferguson says his team were looking good for the first hour during their 3-1 win over Sunderland but was frustrated that they were "careless in front of goal" whilst on top.

Manchester United dominated the first half of the match scoring two goals in four first-half minutes courtesy of Robin Van Persie and Tom Cleverley, but Sunderland clawed a goal back in the second half, which Ferguson puts down to either United relaxing or Sunderland "getting a grip on themselves"

The victory ensures that United will stay at the top of the Premier League over Christmas.