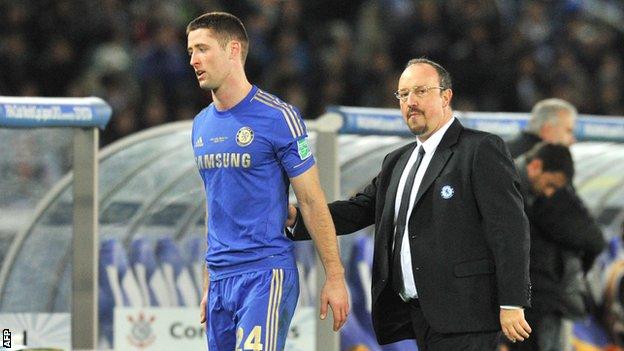 Chelsea defender Gary Cahill has conceded he deserved his Club World Cup red card but claims he was provoked by Corinthians striker Emerson.

Cahill said: "It probably is a red card but the reaction of the guy is totally out of order for what I did.

"It wouldn't have been enough to knock over my one-year-old daughter."

Fifa has confirmed Cahill will definitely miss the trip to Elland Road but he could now face further sanctions.

The former Bolton Wanderers player revealed he kicked Emerson on the leg after being struck in the face in the last minute.

"He lashed out with his arm and hit me in the face," said Cahill.

"Someone's smashed me in the face but I didn't roll around on the floor for five minutes holding my head.

"I got up, reacted and tapped him in the shin. He felt the need to go down, roll around on the floor for about five times holding his face."