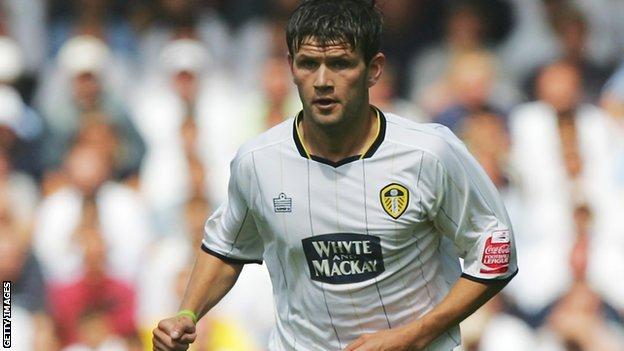 Former Leeds midfielder Eirik Bakke thinks Chelsea's travels to the Club World Cup will give the Elland Road side a chance in Wednesday's Capital One Cup quarter-final.

Chelsea were beaten 1-0 in the final by Brazilian side Corinthians in Yokohama, Japan on Sunday.

"They might be a little jet-lagged so I think Leeds have a chance.

"It is a one-off match so you never know what will happen," Norwegian Bakke told BBC Radio Leeds.

"The games between Leeds and Chelsea are always big and the atmosphere will be brilliant. It is the kind of game that you love to play in with a full crowd.

"They have a great chance to play Bradford in the semi-final or even the final and that would be unbelievable."

He was part of the Leeds side that reached the Champions League semi-finals in 2001 and is hopeful the club can secure a return to the Premier League for the first time since 2004.

"It was always a dream for me to come here and play and it was a good time for the club," he continued.

"Hopefully, the club can get back to the Premier League where they belong, they certainly have the manager to get them there.

"If they can keep in touch with the play-offs and get some players in January, then you have a chance in this league."

Bakke, who advised former SK Brann team-mate Rodolph Austin to join Neil Warnock's side in the summer, retired last month at the end of the Norwegian season.