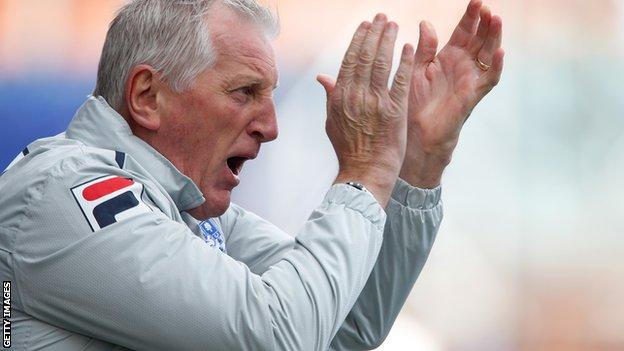 Tranmere manager Ronnie Moore says he is proud of his squad, who remain top of League One despite a number of injury problems to key players.

"This squad of players never know when they're beaten. That's every one of them," he said. "The lads that have come in have been fantastic."

I know other teams have won and the gap has closed, but we're still top

Rovers are top on goal difference.

A 0-0 draw at Sheffield United on Saturday keeps Moore's side ahead of second-placed Brentford and the rest of the chasing pack.

Tranmere have not won any of their last five league games, drawing the last four.

Moore continued: "I know other teams have won and the gap has closed, but we're still top.

"If we can just hang in there, we've got some great players to come back. We're missing the spine of the side with Gibson, Wallace and Akpa Akpro all out.

"For our lads to be where they are now - I've got nothing but praise for them."