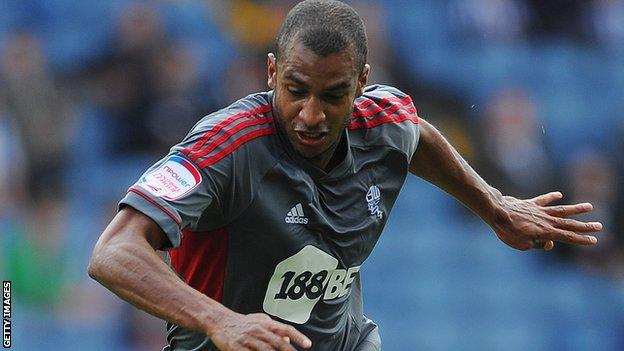 The French striker, 23, came off the bench and scored two late goals to

"He's a fantastic lad and he's been very unlucky not to play in the last couple of weeks," Freedman told BBC Radio Manchester.

"He's been training very hard, which shows the professional that he is."

The Scot added: "I'm delighted for his team-mates because they've seen David at his best."

The former Liverpool front man lost his starting place after the home defeat by Ipswich on 1 December and was brought on for the final 27 minutes against the Addicks on Saturday.

"The key was that when I brought the substitutes on, it was 0-0. It gave them a chance to get goals and that was the key to the game," Freedman said.

"We were very patient in our build-up. We tried to penetrate at the right moments and it didn't quite work for us, but I wasn't frustrated at all. It's the way I'm going to be playing so I was very relaxed with the way the game was going."

Ngog now has four goals in 13 appearances this season for Bolton, who are 13th in the Championship and seven points from the play-off positions.