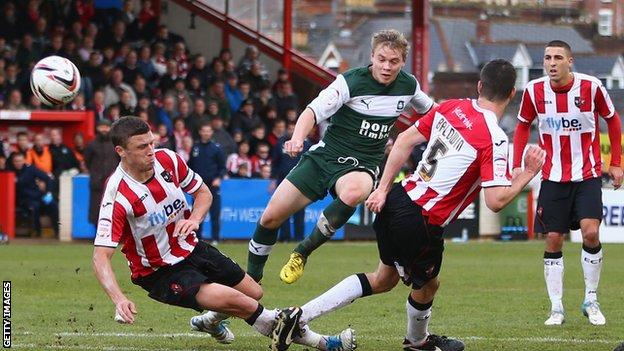 The 21-year-old midfielder notched his first professional goal when he equalised at St James Park.

"I'm pleased he got his goal because he worked so hard for it," said Fletcher.

"When he's going forward we don't have a problem with Joe, now he's maturing and learning that defensive side which makes him a dangerous player."

Lennox, who began his career at Bristol City before , is due for contract talks this month.

"I'll speak to him next week, if we let him go now we'll get lynched, he's just scored against Exeter," Fletcher joked.

"He's still young and still learning the game, he's got a good touch, a great turn of pace and he can beat a man."