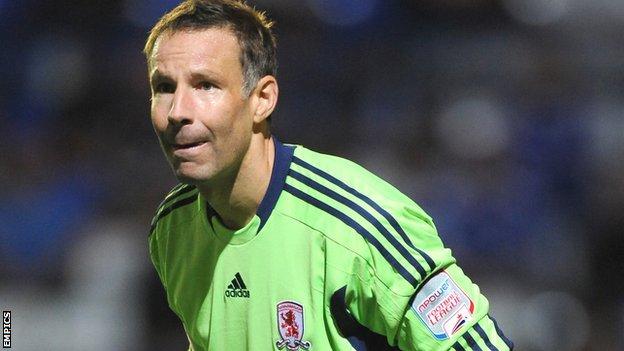 Sheffield United goalkeeper Danny Coyne has extended his short-term deal with the club until the end of January.

The 39-year-old, who left Middlesbrough at the end of last season, joined the Blades in November but is yet to make an appearance for the League One side.

He has been providing cover for George Long, who was the club's only keeper after Mark Howard was ruled out for up to three months with a thigh injury.

Danny Wilson's side are currently third in the table.