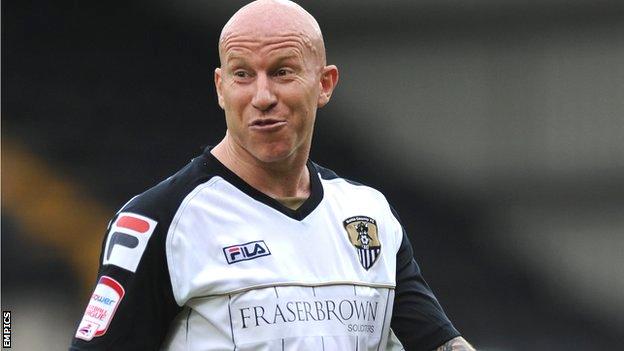 Notts County manager Keith Curle hopes to have more news in the near future about the illness which has ruled striker Lee Hughes out until January.

BBC Radio Nottingham revealed on Saturday that Hughes had provided the club with a sick note.

Curle said on Monday he will speak to the 36-year-old, who has scored five goals in six starts this season.

Hughes almost joined Port Vale on loan in the last transfer window but the move fell through.