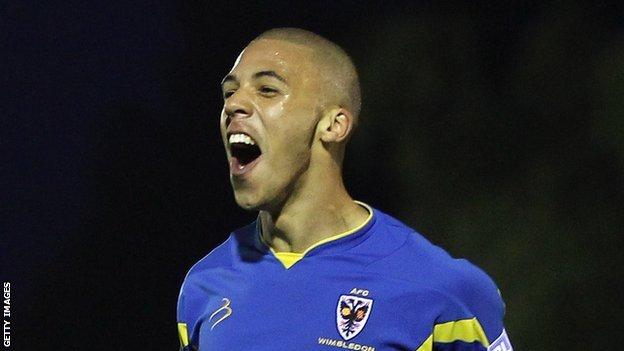 The club's website said the player had returned to Wimbledon on Tuesday and is expected to be transfer-listed.

Manager Justin Edinburgh said: "We did everything we could to keep Christian."

Jolley scored five times in five league matches for the Blue Square Bet Premier leaders, but was recalled from his loan by AFC Wimbledon.

Newport's league rivals Luton Town and Forest Green Rovers are both thought to be interested in signing Jolley.

Edinburgh said Newport were not prepared to get involved in a bidding war for the player.

"We had a very good bid turned down this morning," he said on Tuesday.

"I am satisfied that we did everything in our power to make him a County player, but this club and I are not going to get into a price war over a player with other clubs involved.

"We gave a value on a player and they thought he was worth more, and that is that, Christian is a great lad and fitted in well but we have to move on."