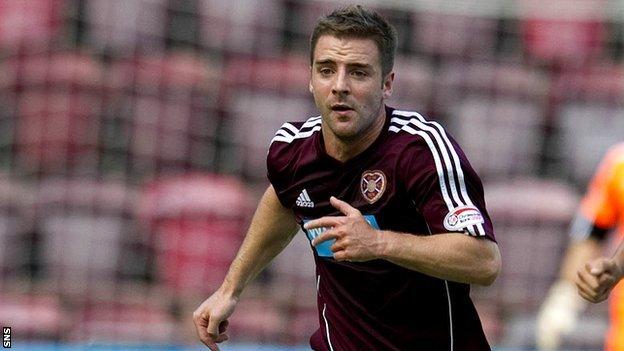 Hearts midfielder Scott Robinson has returned to training at the club after apologising to manager John McGlynn.

The 20-year-old had refused to be named as a substitute for the Scottish Premier League match against Aberdeen earlier in December.

However, after a meeting at Tynecastle to resolve the issue, the club have insisted the matter is now closed.

"The whole situation was regrettable and I have apologised to the manager for what happened," said Robinson.

"I met Scott yesterday and he was very apologetic for his actions," McGlynn told the club's official website.

"I was extremely unhappy with him and he knows he was in the wrong.

"The matter has been dealt with internally, the details of which will remain private.

"Scott is now back training with the first team and we all now move on."

The Edinburgh-born player started his career with Hearts in 2008 and has made 22 first-team appearances for the Tynecastle club.

"I just want to concentrate on my football now, work hard in training and try to prove to the gaffer that I am worth my place in the squad as we have a lot of important games coming up," added Robinson.