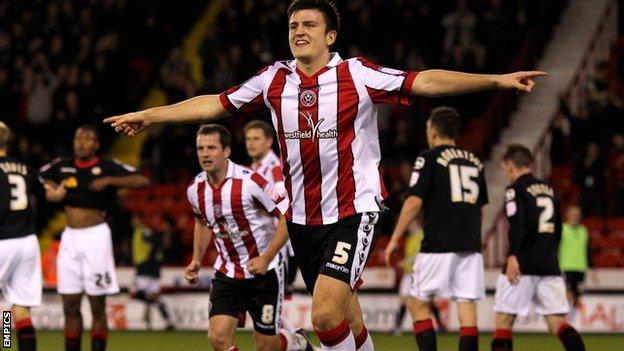 Sheffield United defender Harry Maguire believes the side have what it takes to win League One.

Danny Wilson's side, who drew 0-0 with league leaders Tranmere on Saturday, are one point off top in third place.

The 19-year-old told BBC Radio Sheffield: "Our aim is to win the league and we're there or thereabouts at the moment.

"We know that we have talent and ability in this squad and enough quality to win the division."

Maguire has enjoyed a strong start to the campaign, featuring in all 27 of the club's games so far this season and earning a call-up to the England Under-21s.

Despite the international recognition of his progress, the centre-half is focussing on his club commitments.

"I'm looking forward to the future now and trying to do my best for the team," he added.

"I've got good people around me who are keeping me grounded and I'm getting more experienced every week.

"If my form takes me into the England Under-21 squad then that's a bonus but if not then I just want to keep playing games here."