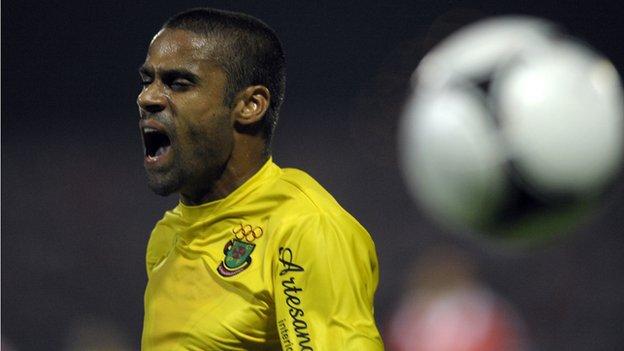 Experienced defender Ricardo has opted out of the 23-man Cape Verde squad for next year's Africa Cup of Nations in favour of playing for his club.

The 32-year-old Pacos de Ferreira player is one of three senior figures missing for Cape Verde, who will make their tournament debut in South Africa.

Ex-captain Lito and striker Dady have been omitted by coach Lucio Antunes.

Cape Verde will play South Africa in the opening game of the competition on 19 January in Johannesburg.

Atunes is the first boss of the 16 finalists to name his squad and has selected only one home-based player in uncapped reserve goalkeeper Rilly from Mindelsense.

The rest of the players come from clubs in Angola, Cyprus, France, Romania, Luxembourg, the Netherlands and Portugal.

Cape Verde qualified for the finals by pulling off a shock result against Cameroon in the final-round qualifier, winning 3-2 over two legs.

Centre-back Guy Ramos, who plays for Dutch side RKC Waalwijk said he was delighted to have been included in the squad and believes his team can create an upset at the tournament.

"We are very excited it, it is the first time for our country and it is a honour to be there," he told BBC Sport.

"We want to show the world we are not there to make up the numbers but we are there to win."