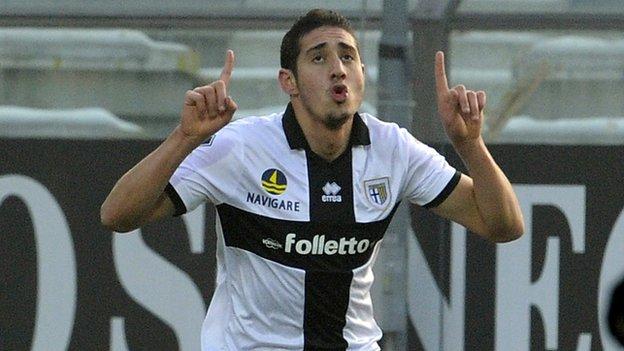 Algeria's Parma striker Ishak Belfodil is not in their 24-man squad for the 2013 Africa Cup of Nations, despite initial reports that he had been called up.

The former French junior star changed his footballing nationality to Algerian, but then turned down recent call-ups.

The squad chosen by coach Vahid Halilhodzic will have to be cut by one before the 19 January-10 February tournament in South Africa.

The north Africans begin their Group D campaign against neighbours Tunisia in Rustenburg on 22 January before playing Ivory Coast and Togo in the first stage of the competition.

Halilhodzic has included uncapped French-born defender Faouzi Ghoulam, who has had an impressive season in Ligue 1 with St Etienne, after persuading him in recent weeks to play for Algeria.

There is no place in the squad for striker Rafik Djebbour of Greek champions Olympiakos or former captain Madjid Bougherra, who plays for Qatari side Lekhwiya.

Nine members of the squad were also part of the 23-man selection for the 2010 World Cup in South Africa.