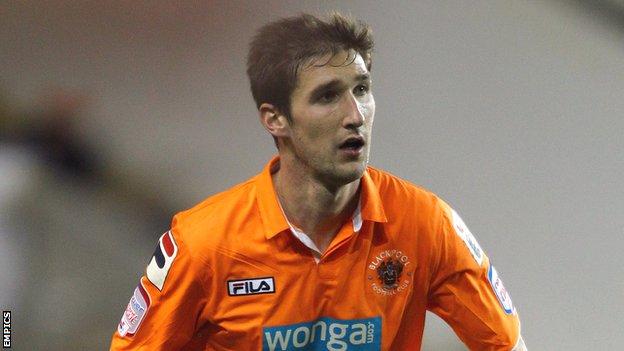 Blackpool are confident that midfielder Chris Basham will play a full part in the club's festive fixture programme.

Basham missed with an ankle injury.

Manager Michael Appleton told BBC Radio Lancashire: "We're hoping it's short-term. Whether he'll be ready for Wolves on Friday, we're not too sure.

An 'Appy' start at Blackpool

"He's got a tear in his ligament, but it's not a substantial one that you would expect to keep him out of action for weeks and weeks."

The 24-year-old has played seven times for Blackpool this season - five of them coming since at the start of November.

The former Portsmouth boss remains unbeaten in seven games at Bloomfield Road, and he has praised his defenders after making a tactical switch to his back line in recent weeks.

Skipper Alex Baptiste started at right-back for the second match in a row against Blackburn, with Craig Cathcart partnering Kirk Broadfoot at centre-back, and Appleton was rewarded with his first clean sheet since taking charge.

"It's seemed to work - the reason being the way Baps uses his pace and defends one-against-one situations," said Appleton.

"We thought Josh King might have played on the left-hand side, which was why we left it as it was. We didn't feel it was right to change it back."