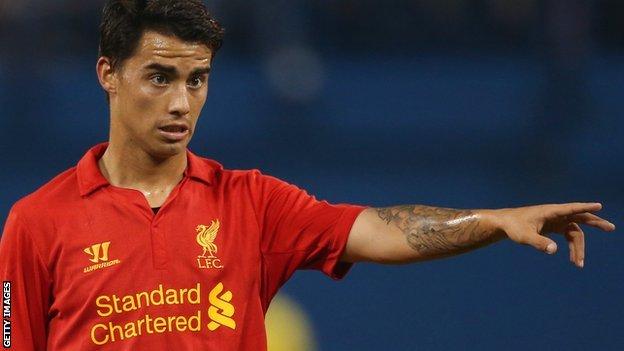 The tweet in question was a picture of Reds left-back Jose Enrique getting his teeth whitened with Suso swearing and calling his team-mate "gay".

The 19-year-old later deleted the remark but has been fined and warned about his future conduct.

Suso has broken into the Liverpool first team this season, making 13 appearances so far in the campaign.

The FA's statement read: "The charge, which the player admitted and requested a paper hearing, was that he acted in a way which was improper and/or brought the game into disrepute in that the comment was posted on his Twitter account and included a reference to a person's sexual orientation and/or disability."