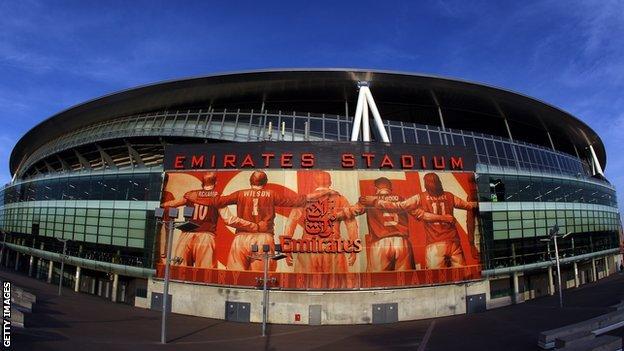 Arsenal's Premier League match against West Ham on Boxing Day has been called off because of possible industrial action on the London Underground.

The Tube network's drivers may strike over pay on 26 December.

Arsenal said: "We apologise for the inconvenience this may have caused supporters but we feel that the right decision has been made."

Top-flight fixtures at London sides QPR and Fulham are set to go ahead.

The Gunners were concerned about the "difficulties of getting 60,000 supporters, plus matchday staff and employees to the stadium safely in the event of disruption to public transport on a public holiday"

Last season, the Gunners moved their Boxing Day game with Wolves back a day because of industrial action.

The West Ham match will be staged on Wednesday, 23 January or Saturday 26 January.