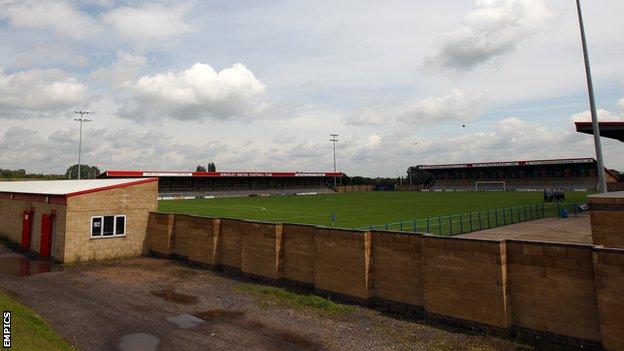 Hinckley United's Blue Square Bet North game against Bishop's Stortford on Tuesday has been postponed because the Knitters cannot field a team.

But the club, who were deducted three points on Thursday for failing to pay five players' wages, refused the offer.

Hinckley are bottom of the table with zero points after 19 games.

The Knitters, who still intend to play Saturday's game against Brackley, said that a number of players picked up injuries in Saturday's away match at Harrogate.

Hinckley were asked to provide medical certificates by 15:30 GMT on Tuesday to back-up their claims and, despite being unable to do so, the Conference has agreed to call the game off.

The fine for not fulfilling the fixture ranges between £2,500 and £10,000, and a points deduction could also be meted out.

Expulsion from the league is also a possibility, although it is unlikely to be enforced on the first occasion.

Last week it emerged that League One side Coventry City had held talks about ground sharing with the club because of disagreements with the owners of their Ricoh Arena home.