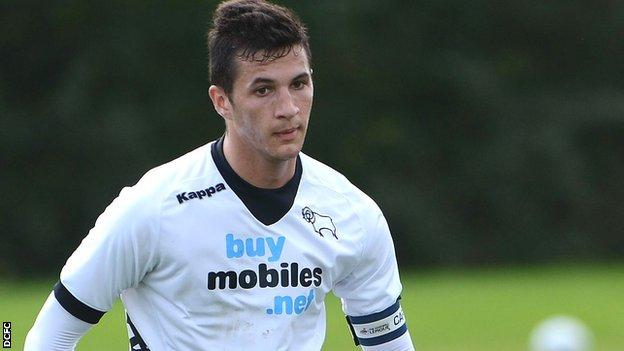 The 19-year-old centre-back made just a single substitute appearance for the League One club, in the FA Cup defeat by Bournemouth earlier this month.

Gjokaj's deal had been due to expire on Wednesday, 2 January 2013.

"I know Valentin was enjoying his time up here but there's nothing we can do about a situation like this," United boss Greg Abbott told the club website.

"He's a good, hard working lad and his club need him back so unfortunately, we have to let him go. He goes with our thanks and best wishes."

Prior to his move to Brunton Park, the former FC Luzern player made his Rams debut in the 2-2 draw against Sheffield Wednesday in August.