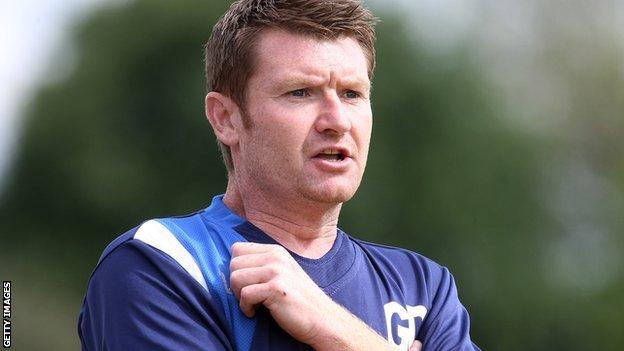 Boston United manager Graham Drury has said there will be a chance for players to impress at York Street rather than begin an overhaul of the squad.

The 41-year-old has taken over a Pilgrims side in 11th place in the Blue Square Bet North table, six points adrift of the last play-off spot.

My aim is to play good football, get the entertainment factor back and give the club some stability

"We'll try to get the best out of the players here at the moment, if there's weaknesses we'll look to strengthen."

He added: "I'm not interested in budgets, whatever's given to me I'll work with and try to get the best out of it."

The average attendance at Boston is 922, but the crowd dropped to 759 for the 5-1 thumping of Droylsden on Saturday and Drury wants to arrest that slide.

He said: "It's all about results and we'll try to get a few more through the gate.

"I look at the potential of Boston and where gates are at. Gates are low, we could put a few on that or even double it.

"My aim is to play good football, get the entertainment factor back and give the club some stability. Hopefully we can get some bums on seats."