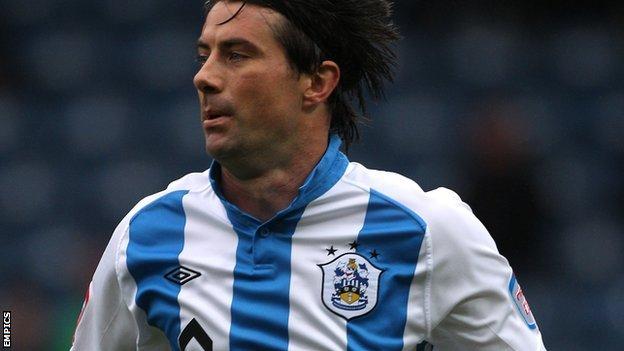 Huddersfield Town striker Alan Lee has been given a three-match ban for violent conduct in Saturday's 2-0 defeat at Hull City.

The 34-year-old was involved in an off-the-ball incident with Tigers defender Alex Bruce, who was sent off after the final whistle for retaliation.

It was not seen by the match officials, but was caught on video.

Chief executive Nigel Clibbens told the club website: "To lose Alan at this time is disappointing and avoidable."

"Alex was wrong to react in the way he did but the way Alan went down was very disappointing."

The Terriers have confirmed they do not intend to appeal against the ban and the former Republic of Ireland international will be subject to internal disciplinary proceedings.