Notts County keeper Bartosz Bialkowski fumbled into his own net to earn Shrewsbury Town a late equaliser in an entertaining 2-2 draw at the Meadow.

Jon Taylor's cross from the right took a deflection and Bialkowski could only help the ball across the line.

County were quickly level with a goal claimed by Lee Hughes, before Jamal Campbell-Ryce stabbed home a rebound.

Alan Judge almost increased his side's lead in the second half but was twice denied by home keeper Chris Weale before Shrewsbury's late leveller to stretch their recent improved run to just one defeat in seven games,

Rodgers had been struggling with illness, while winger Taylor was also close to missing out with a hamstring injury suffered in Saturday's 2-2 draw at Bury. 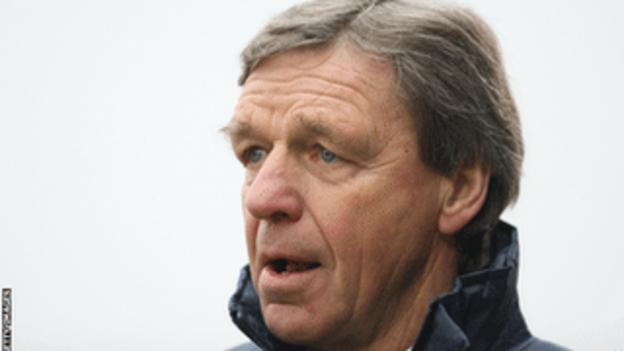 "When you look at Notts County's record, they are unbeaten away from home - and you can see in how they play, why they have conceded only eight goals all season.

"What disappointed me is the manner that we conceded the goal just before half-time.

"We started to play with confidence and the goal that put them 2-1 up was a killer.

"In the end, it is another point against a tough side."

"I thought we were comfortable.

"We had a good foothold in the game and they scored against the run of play in the first half, but we showed good mentality to carry on doing what we were doing.

"I was able to change the two centre forwards, which I thought was important,

"Lee Hughes and Chris Iwelumo gave us a good hour between them. I freshened them up and I thought Enoch Showunmi was a bit of a threat."