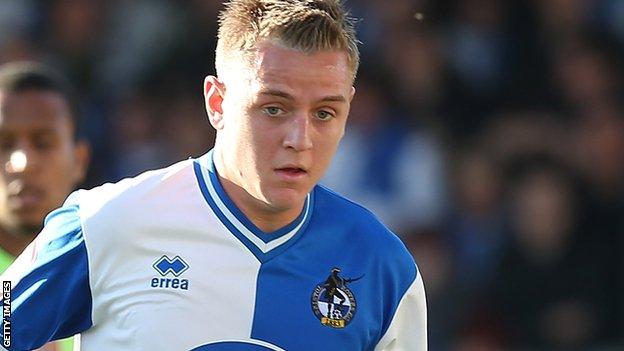 Michael Hector put the Shots ahead from the edge of the area, before David Clarkson equalised from the spot after Aaron Morris fouled Tom Eaves.

Craig Reid's penalty looked to have won the game for the hosts, following a foul by Tom Parkes on Sonny Bradley.

But Richards rescued a point for the Pirates with a scuffed shot late on.

Despite Richards' goal, Rovers remain bottom of League Two, while Aldershot are 22nd, just three points above the drop-zone.

"I'm disappointed with the result, but I thought the team played excellently.

"There are positives to take and we have another home game soon, so we've got to build on that.

"We thought we'd play some excellent football, but this just didn't make for a good match.

"We know that we want positive play and the players need to pick themselves up and take it in to Saturday."